One of the many developer mailings dealt with traffic issues. It included graphs that tried to minimize the traffic impact of the development, but an important one was missing: 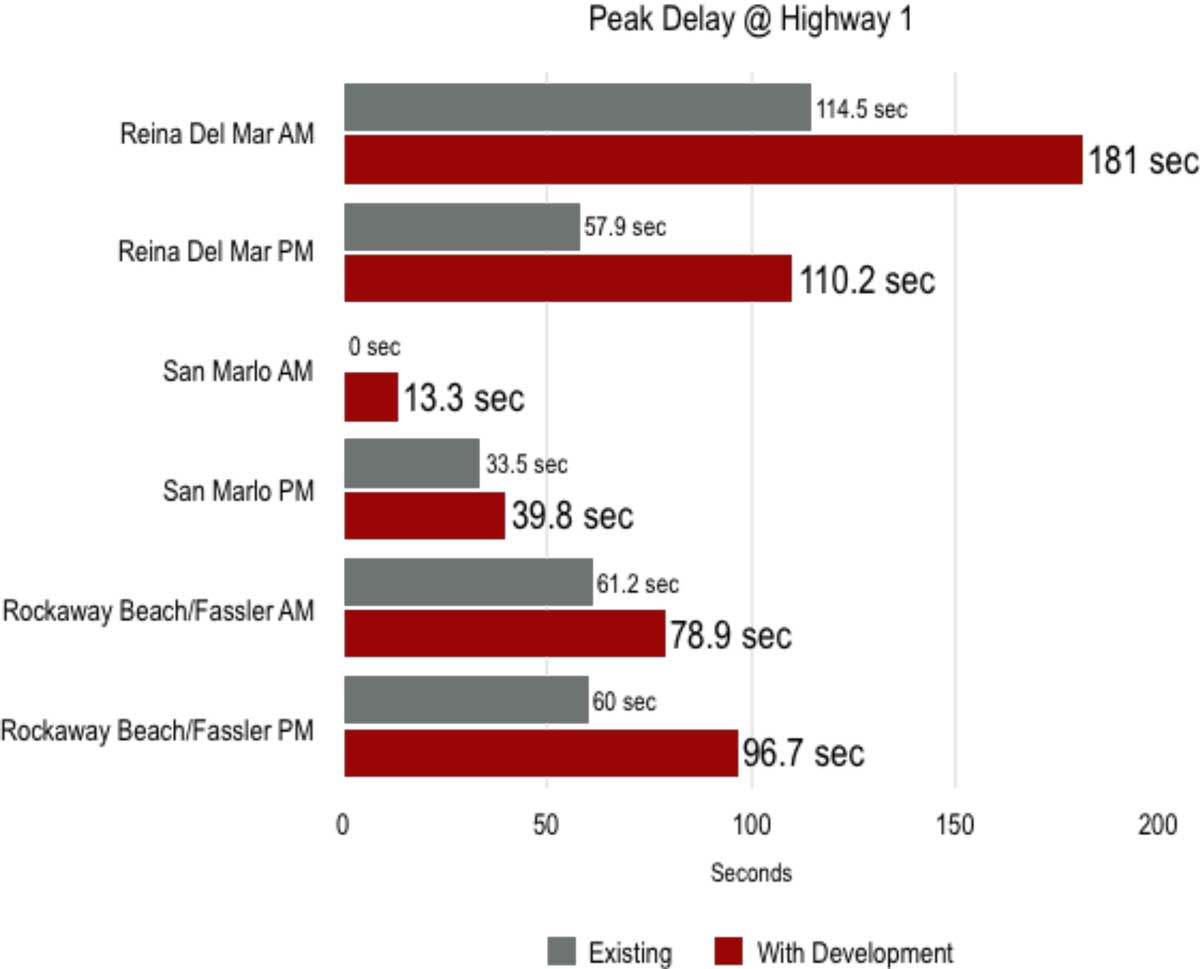 The figures come from the technical transportation memorandum submitted1The City’s website says that this analysis won’t be reviewed by staff until the environmental review phase of the process.  to the City in September.

The developer’s mailer showed the added trips generated by the development, but this view of traffic is misleading. As large as the development is, with a 4-story, 206 apartment complex and an 85-foot tall, 200 room hotel, it is still smaller than the all the surrounding residences and businesses that contribute to Highway 1 traffic. Naturally, the added trip count will be small by comparison.

The more important number is the added delay caused by the development, since that is what directly affects all of us. And by that measure, the picture is not as bright as the scenes shown in the developer’s stock photos.